Flawless Digital Engagement, Designed by You and Delivered at Scale

Koopid enables brands to naturally engage its customers where and when they wish. We help brands rapidly lift the quality and scale of their customer interaction capabilities through AI-powered orchestration of customer conversations.

Contact centers, too often, are dealing with interactions waiting in queue. By connecting automation to internal resources and agents and improving the quality of automation, brands can better allocate their human resources to high potential/risk conversations. Koopid enables companies to deliver on automation across all channels — so they can have impactful live conversations when necessary or desired.

Koopid leaders are veterans of the customer experience industry, which informs the solutions we bring to market, aimed to solve the significant challenges of delighting modern consumers across digital channels.

The Koopid Platform is designed to be operated by customer experience professionals in a code-free environment — using existing contact center technology, thus allowing brands to deliver a modern digital experience without a complete technology refresh.

Deliver at scale using the power of AI 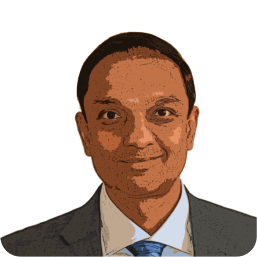 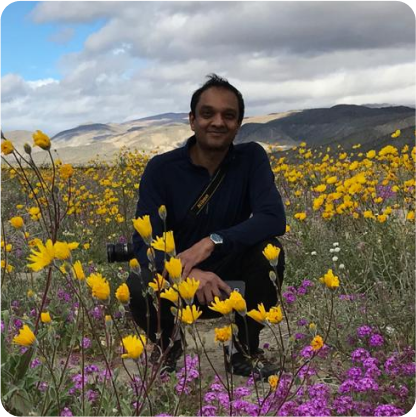 Dr. Venky Krishnaswamy is the founder and CEO of Koopid Inc., a venture-backed SaaS company based in Silicon Valley and Bangalore, India. Koopid’s A.I-powered CX Orchestration platform simplifies consumer-to-business conversations, delivering frictionless engagement across channels and speeding up resolution. Venky was previously worldwide head of Avaya Labs, with responsibility for incubating new products and solutions for Avaya. He is recognized as an industry pioneer in the enterprise communications industry, and built the earliest known Voice-and-Video IP phone in the industry. He holds over 50 granted US patents and is the author of numerous scientific publications. He is a two-time winner of the prestigious Thomas Edison Award presented by the R&D Council of New Jersey for his influential patents on the use of AI techniques in Unified Communications and Contextual Communications in Contact Centers.

Dr. Krishnaswamy holds masters and doctorate degrees in computer science from Yale University and a bachelor’s degree from IIT Madras. He has also been featured or keynote speaker at many leading conferences and industry events. 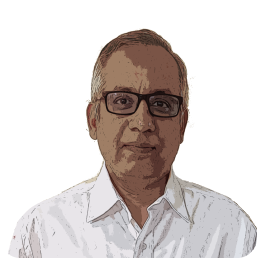 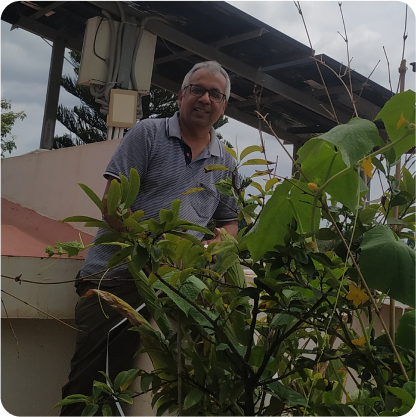 Dr. Ramanujan Kashi is a co-founder of Koopid, where he leads Business Development and is the General Manager for the business in Asia and Africa. Prior to starting Koopid, he was the director of web communications research at Avaya Labs, where he led researches in real-time web communications, digital ink, user authentication, collaboration and e-learning, streaming video, self-service systems, and the use of these technologies in Avaya's CRM and VoIP offers.

Dr. Kashi started his career at Bell Laboratories at Murray Hill in 1994 as a member of technical staff. He transferred to Lucent Bell Labs in 1996, and subsequently, to Avaya Labs Research in 2000. In 2004, he relocated to India to start a research group in multimedia for the Company's wholly owned subsidiary called Avaya India Private Limited. He has written numerous book chapters, edited a book on document processing, and is credited with over 40 publications and 30 patents.

Dr. Kashi obtained his bachelor’s degree in electrical engineering from Mysore University, as well as his master’s degree in biomedical engineering and doctoral degree in computational neuroscience from the Laboratory of Vision Research at Rutgers University. He is passionate about sustainability and is actively toying around with projects related to solar power harvesting and composting techniques and has a plan of living completely off the grid (perhaps still dependent on Internet) in the very near future. 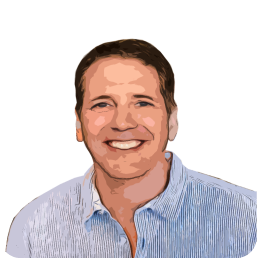 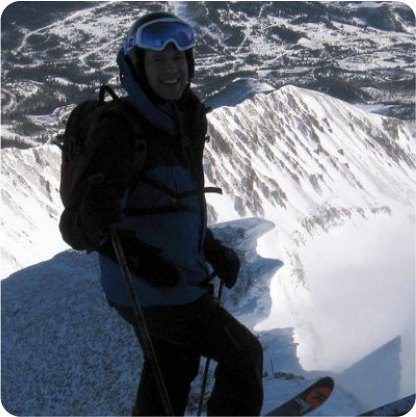 Dan Nordale is Chief Revenue Officer at Koopid, responsible for all revenue-related activities across the company’s client base, and building Koopid into the preeminent customer service brand focused on helping companies delight the modern consumer.

Dan’s career is focused in marketing and sales leadership roles through the successful introduction and growth of new customer communications solutions for many of the premier brands in the customer experience market. Dan led sales in the Americas for Nexmo, tripling the sales team and establishing the company as a clear leader in the CPaaS market. Prior to Nexmo, he was the Chief Revenue Office of Flowroute where he guided the tripling of the company’s revenues in three years, establishing a world-leading customers success organization with NPS scores that led the industry. Dan led Strategic Solution at Genesys, incubating key product initiatives and leading the sales overlay team that drove the growth of the Company. Following Genesys, he led marketing for Nuance’s Enterprise division, overseeing the tremendously successful launch and repositioning of the company under the Nina sub-brand. Following Nuance, Dan rebranded and repositioned the Cyara CX Assurance Platform as Chief Marketing Officer.

Dan holds a BS from the University of Alaska Fairbanks and an MBA from the Haas School of Business at UC Berkeley. 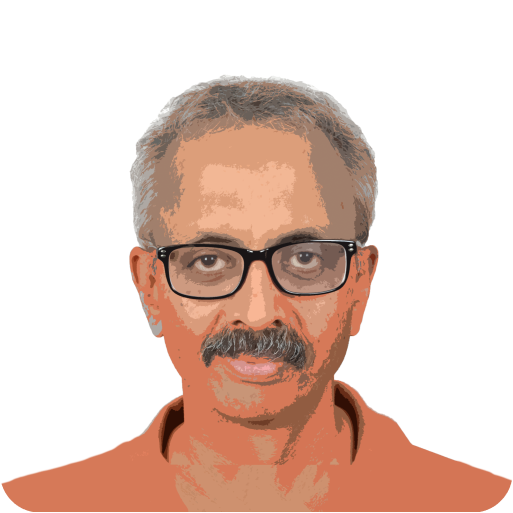 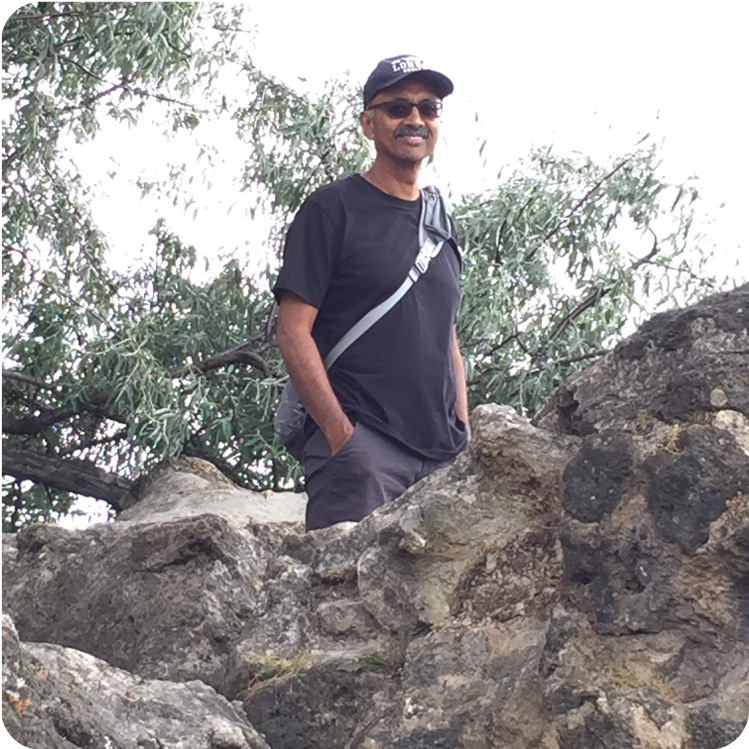 Dr. Vijay Raman is the Chief Product Officer of Koopid’s global product management and software engineering organization and is responsible for the company’s product strategy, design, development and operations.
Vijay is a software industry veteran with over 30 years of experience working in leading high technology and cloud-based companies. Building on early first-hand experience in AI, he has led diverse teams in creating products that deliver digital and voice-based transactions at scale. Prior to Koopid, Vijay served as the SVP of Product at 247.ai, building an AI platform to enable natural, consistent conversations across all digital, mobile and voice channels. Vijay spent 15 years as a senior product engineering leader at Nuance Communications as it grew from a startup to a $1+ billion industry leader in conversational AI and ambient intelligence.
Vijay holds a PhD in EE from the University of Notre Dame, and a BS in EE from IIT Madras. Vijay enjoys music, in particular blues, jazz, and the occasional karaoke. He also likes biking and hiking the trails around the San Francisco East Bay since those leave him happier than a round of golf. 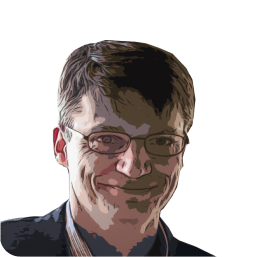 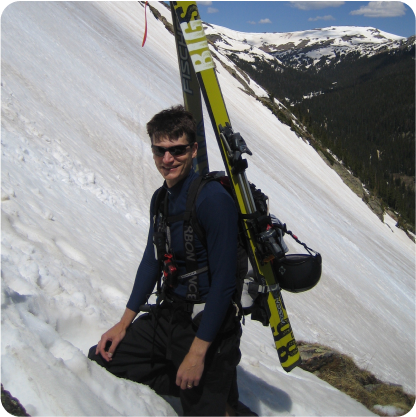 Dave Skiba is responsible for product strategy and innovation at Koopid, as well as constructing the customer experience platform to delight modern consumers.

Dave’s career is centered around his passion for transforming the customer experience. Dave brings 25 years of experience in applying cutting-edge technologies to enable breakthroughs in serving customers at tremendous scale. Dave holds over one hundred patents, demonstrating the innovation he’s brought to the customer experience market. Early in his career, he applied speech and language processing innovations to simplify the customer voice experience and enable faster and more efficient service. Dave then led research and development programs to use language processing to solve challenges in serving customers in social media and mobile messaging.

At Koopid, Dave is leading the combination of multi-modal messaging and artificial intelligence to allow companies to deliver modern customer experiences at the scale required for the largest brands.

Dave escapes the technology world through cycling the roads, hiking the trails, skiing the slopes, and exploring the mountains of his home state of Colorado. 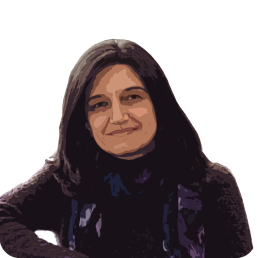 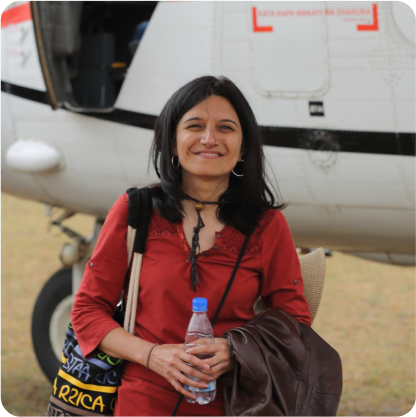 Shalini heads platform engineering at Koopid with a focus on architecture, backend, and front end technologies. She graduated from Princeton University with a Doctorate in Computer Engineering and has been working in the communications industry for the last 25 years. She holds close to 50 patents and has published numerous papers in conferences and journals.

Prior to Koopid, Shalini worked at Avaya labs designing and building innovative solutions for the multimodal communication space. Earlier in her career, as Director of Engineering at PreCache, she helped design large-scale publish-subscribe messaging systems targeted towards distribution of real-time data.

She spends her free time creating art through painting and also loves to travel the world with her family. 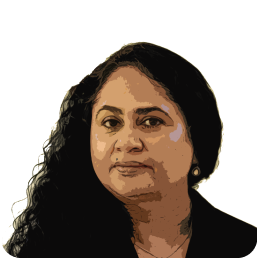 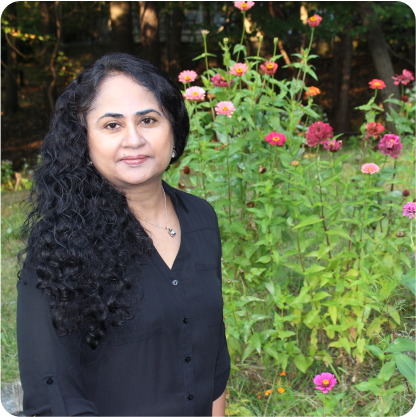 Ajita is Head of Artificial Intelligence at Koopid, leading the Company’s efforts to bring the latest, relevant developments in natural language processing and deep learning to conversational AI. She also leads the backend data architecture to support real-time data analytics.

Prior to joining Koopid, she was a researcher at Avaya Labs and Bell Labs, where she worked on social computing and collaboration systems. She has published extensively in leading peer-reviewed conferences such as AAAI, WWW, CHI, CSCW, and ICWSM, and has served on the program committees of several conferences. She is also an Adjunct Professor at Rutgers University.

Ajita holds a PhD in computer science from the University of Texas at Austin. In her spare time, she loves to garden and hang out with her husband, two children, extended family, and friends. 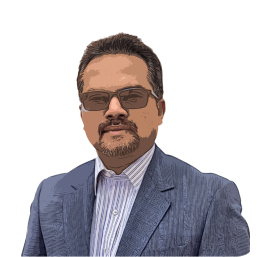 Head of Cloud and Identity Infrastructure 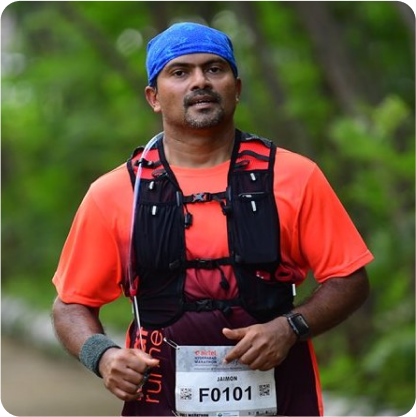 Head of Cloud and Identity Infrastructure

Jaimon leads cloud, security, and infrastructure technologies at Koopid. Digital transformation and security in all aspects has been Jaimon's focus in his career of nearly 20 years. With his passion to innovate with emerging technologies, prior to Koopid, he co-founded Piconet, which was focused on building next generation micro content distribution networks (CDNs) to disrupt the traditional CDN market. Prior to Piconet, he was CTO of PAQS, where he built a data aggregation platform focused on solving air quality problems across the world by utilizing personal IoT devices and mobile networks.

Jaimon started his technology career at Novell, where he was recognized as a Distinguished Engineer and Member of the CTO team. At Novell, he led their technical vision and strategy of several identity and security products. He also represented Novell in standard organizations like IETF, OpenGroup, and DMTF, and is a co-author of DMTF cloud interoperability standard.

When Jaimon isn’t scaling the Koopid Platform, he is running marathons, trekking at high altitudes, or traveling around with his pets. He holds a BS and MS in Information Systems from Birla Institute of Technology and Science.